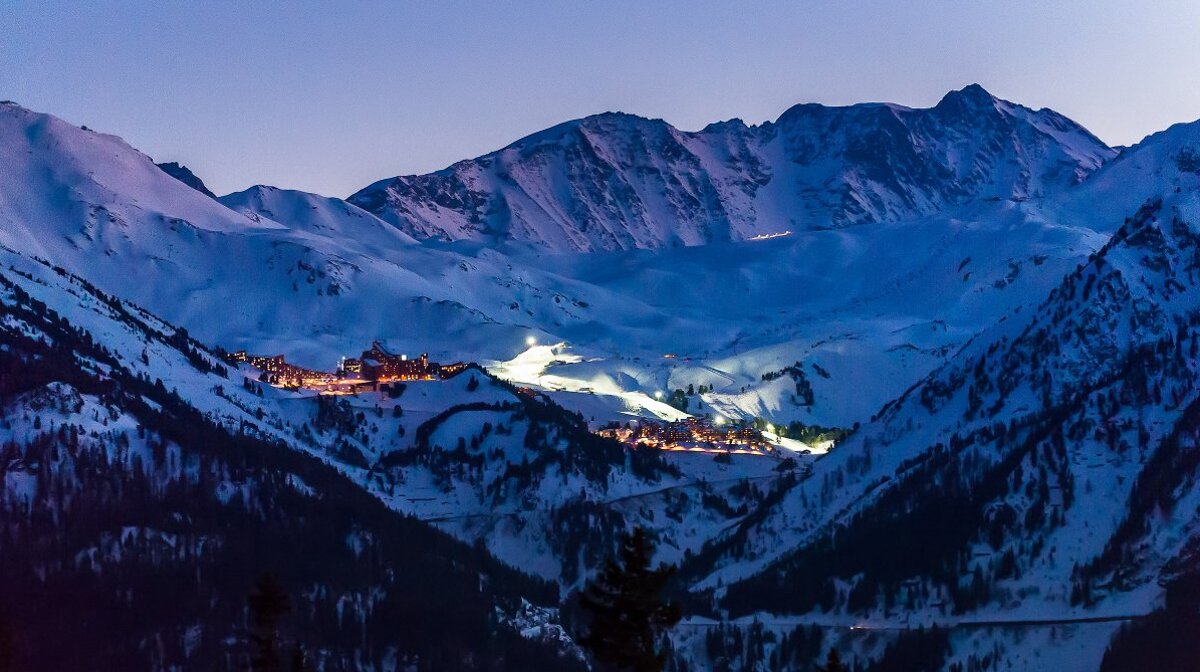 They chose this area in the Bourg Saint Maurice commune because of its extraordinary natural assets, and also because it offered easy access from the valley, a high-altitude domain centred around the Aiguille Rouge, a varied ski area with tree-skiing and potential for incredible off-piste, and an aspect which would maximise sunshine hours per day. All of the requirements came together and this wonderful ski area was created. The in-resort architecture was conceived by a team of architects led by Charlotte Perriand. The basic concept was as follows: each apartment should showcase the stunning views from Les Arcs. That vision shaped the whole resort: no face-to-face apartments, buildings forged into the slopes, staggered balconies and a pedestrianised resort.

Since 1968, this ski-holiday concept has been preserved and Les Arcs has been the birthplace of various new snow sports. In the 70s the short ski method was born; a technique for learning skiing where the length of skis is increased little by little each day. In the 80s, snowboarding made its first appearance in the first episodes of Apocalypse Snow with Régis Rolland. In the 90s, Les Arcs hosted the first Freeride competitions and also hosted a speed-skiing demonstration event for the 1992 Albertville Winter Olympics.

Beyond that, a major moment in its history came in 2003 with the opening of the Paradiski area and its linking to La Plagne. The Vanoise Express is a feat of technology which links three major ski resorts. 2003 was also the year that the Arc 1950 Village opened, the 4th resort in Les Arcs, the work of Canadian developers Intrawest. This innovative project responded to new demand from clients, with ski-in-ski-out access to all accommodation in resort, and meant ski shopping was born.

Today there is something for everyone in Les Arcs; accessible, memorable and personalised adventures for all. Mille8 is just one example – this hub of activities in the centre of Arc 1800 provides a range of extra choice during your stay: waterpark, luge, après-ski, and more. There are experiences to be had throughout the ski area – for example yoga at 3336m altitude, or an introduction to ski-touring. Les Arcs is a world of possibilities and we will be celebrating our 50th birthday throughout the winter and summer with events and celebrations of everything that has made Les Arcs what it is today.

Learn more about skiing in Les Arcs in our guide here.