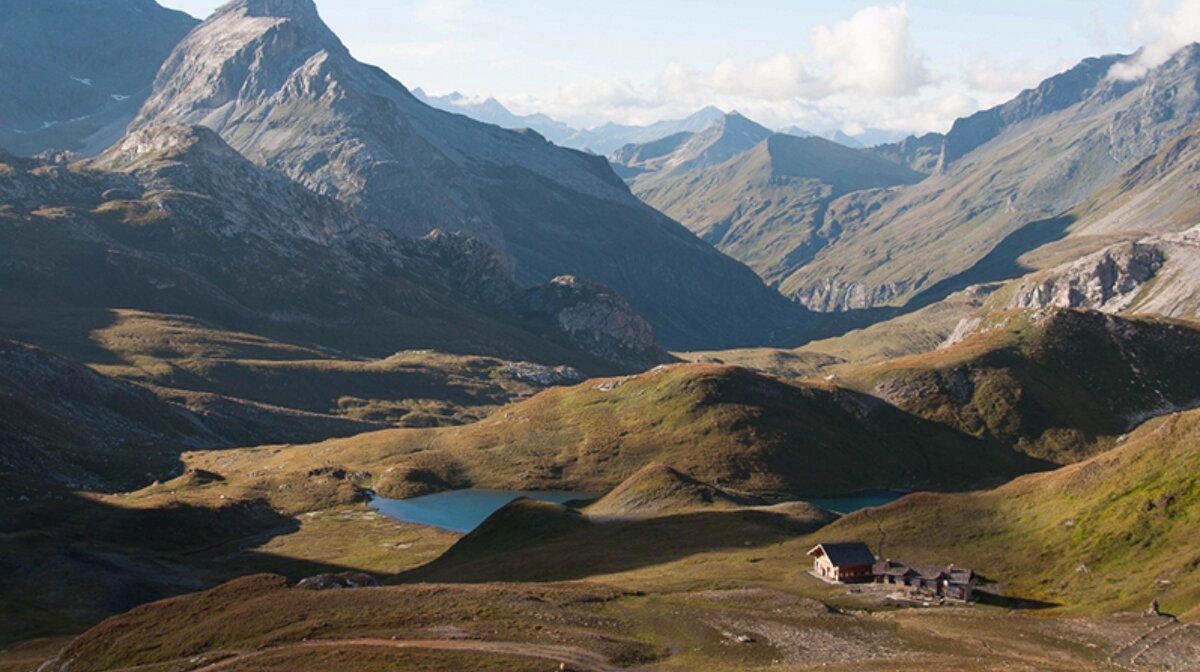 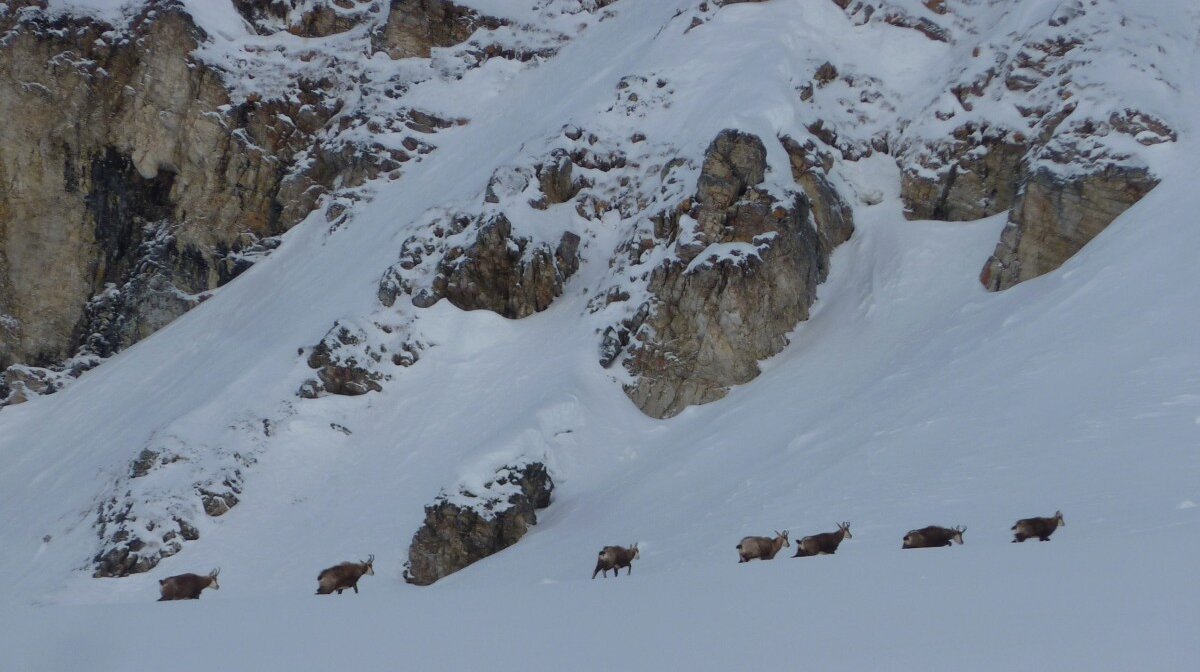 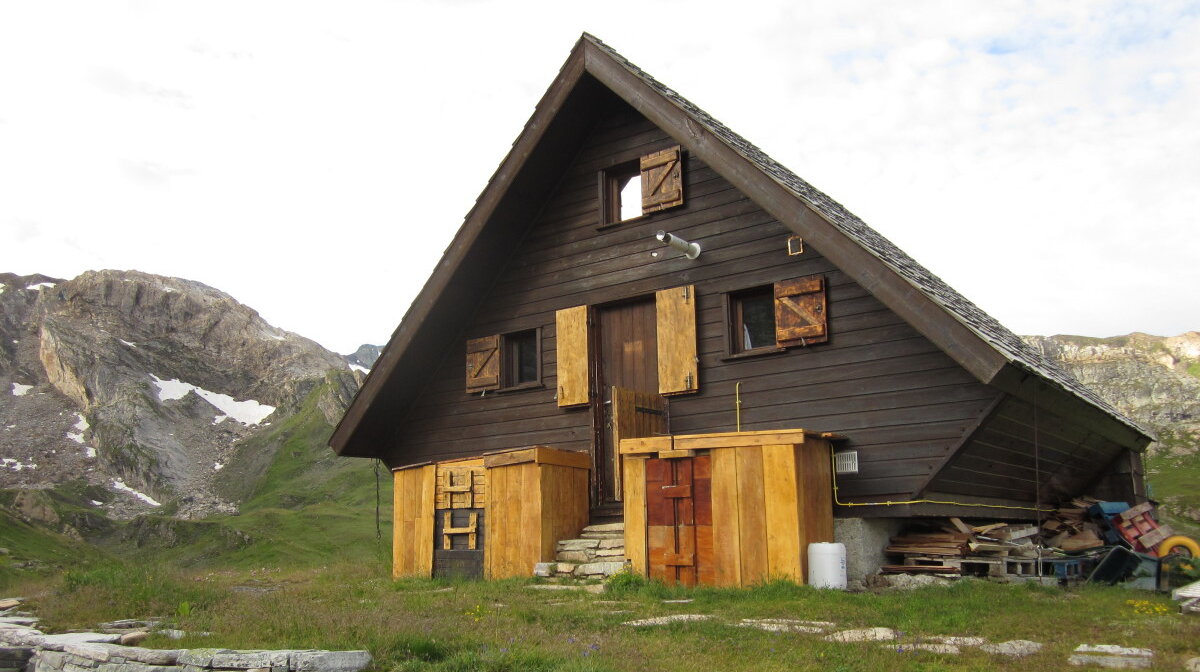 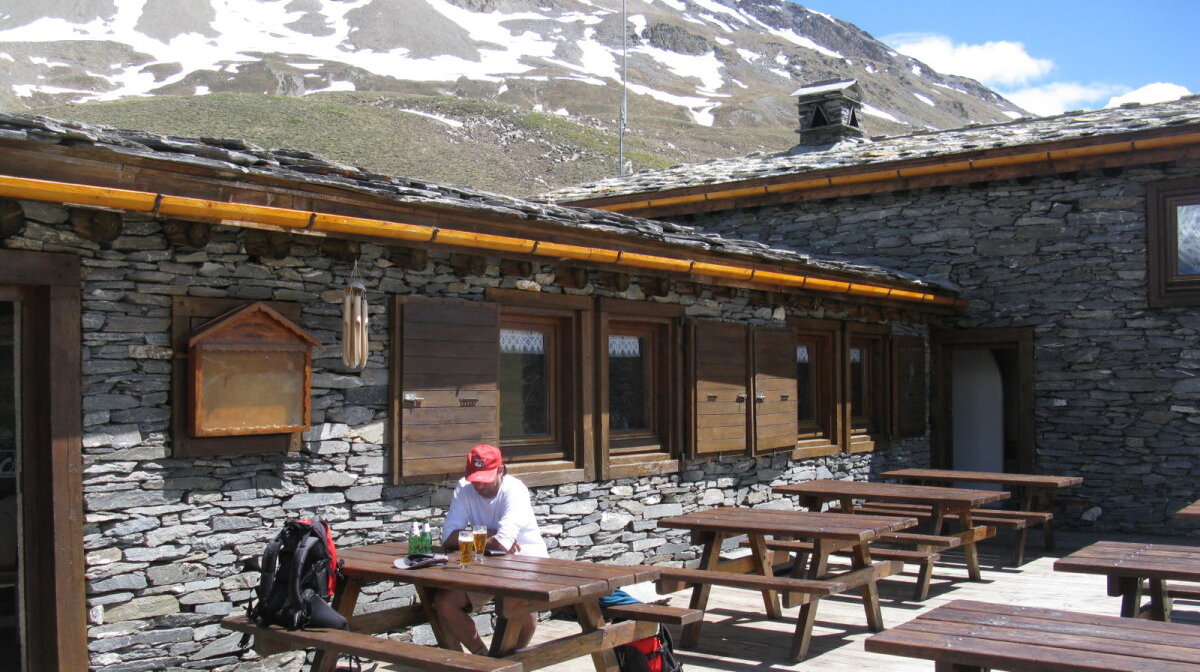 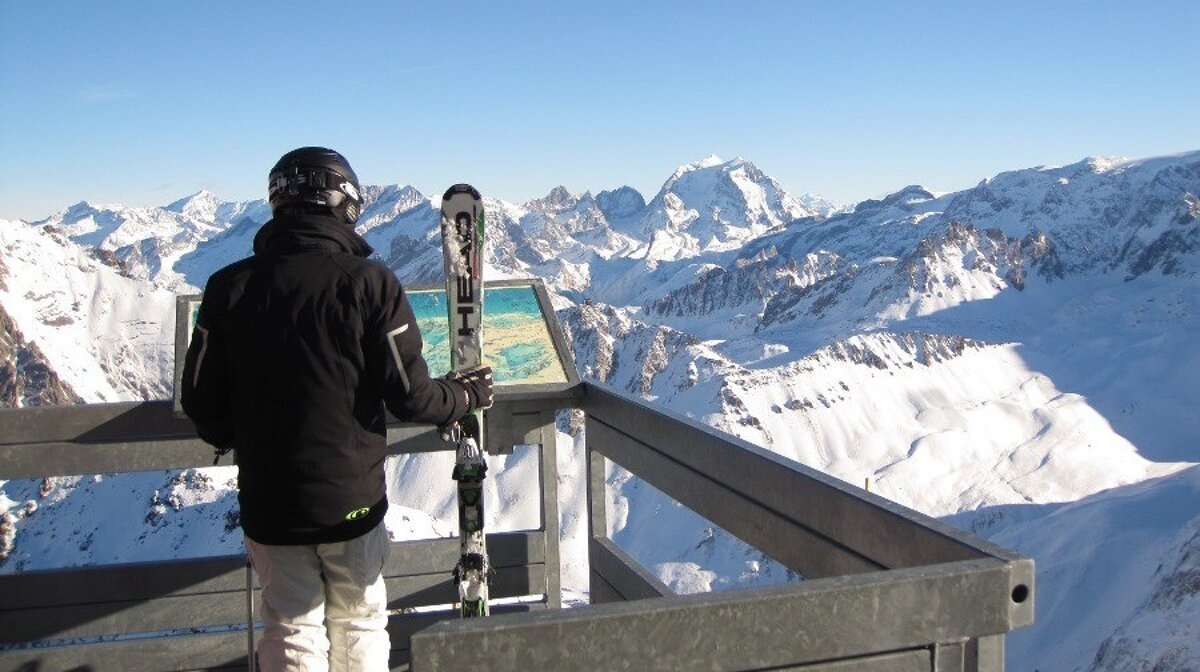 A beautiful herd of Chamois

About the Vanoise National Park

About the Vanoise National Park

Enjoying the view over the Vanoise National Park

The Vanoise National Park is one of the highlights of the Tarentaise region; a haven for all sorts of wildlife as well as a magnet for outdoor sports enthusiasts, it is well worth a visit at any time of year. Access is free and it is open year-round.

All of the creatures most commonly associated with the Alps are well represented in the Vanoise National Park – chamois, marmots, ibex (also known as bouquetin) and eagles can all be seen if you are lucky (and quiet!) enough. Other animals to keep an eye out for include alpine hare, snow voles, pine martens, alpine newts, grass snakes, frogs, natter jacks, squirrels and foxes. Of the feathered variety you may see golden eagles, bearded vultures, eagle owls, ptarmigans, black grouse, rock thrush and many other rare species. The three-toed woodpecker has only ever been seen in Savoie and Haute-Savoie, so is definitely one for the keen twitcher’s checklist! The park’s wildlife stats are impressive to say the least:

One of the highlights for many visitors is spotting a chamois or a marmot – the two most symbolic animals of the Alps. Since the creation of the park as a protected the area the chamois population has rocketed from 3000 to 12 000! This does not guarantee a sighting by any means though, as the chamois is a shy creature and likes to keep a wary eye out for danger. They are most likely to be spotted early in the morning and at dusk, as this is when they tend to graze for food. They live high up and are good rock hoppers; so if you look to the crags above you, you might see a hairy little face gazing back down!

Marmots are funny creatures that amble around between 1000 and 3000 metres. They look a little like oversized guinea pigs and live in underground burrows called ‘galleries’. They live in large family groups, so if you spot one the chances are there are more of them milling about somewhere nearby. They make a peculiar high pitched whistling noise and like to sunbathe!

Species rehabilitation is one of the aims of the park and it is a haven for rare and protected creatures. Ibex numbers have increased literally tenfold, from 200 to 2000 since the creation of the park. The black grouse is another species that the park is trying hard to preserve as it is in real danger of extinction; the rangers monitor habitats and record numbers and are keen to inform and educate visitors to the park about their work. Their research into the wildlife of the park regularly leads to the discovery of new species, and provides a valuable service to the preservation of alpine fauna.

The isolated summits provide a perfect habitat for golden eagles and the extremely rare bearded vulture is a regular visitor; the park rangers are hopeful that a breeding pair may make the park their home before too long. In fact, if you are a dedicated birdwatcher, a keen conservationist or just someone who likes to spot a bit of wildlife when they are rambling along the Vanoise National Park is definitely a good place to start.

The plant life in the Vanoise National Park is both diverse and beautiful. As well as the alpine favourites such as edelweiss, saxifrage and mountain primrose you will also find a number of eastern and southern species as well as arctic-alpine remnants of the ice age. The Vanoise National Park is one of the only places in France where you can see the delicate and scarce twinflower, an indicator species of ancient woodland that likes to grow in the mossy areas at the foot of spruce and pine trees.

The diversity of the park’s plant life is due to the various soil and rock types that make up the landscape as well as the different exposures to weather and light that the park enjoys. The park can be divided up by altitude and you can expect to find very different vegetation and wildlife at each level.

The Nival level is above 3000m, here little grows and the landscape is dominated by glaciers and snow capped peaks.

The Alpine level is between 2000 and 3000m; above the tree line winter snowfall may linger well into the summer months. There is much rocky terrain where plants other than lichen find it hard to survive. The alpine lawns however are often ablaze with colourful plants such as arnica and black vanilla orchid and this is where you are most likely to see edelweiss. To find edelweiss you need to be up high - it usually grows at between 2000 and 2900 metres and often in the most inaccessible rocky places. It blooms between July and September and the 'woolly' appearance of the petals is due to lots of tiny white hairs. Edelweiss is a rare and protected plant, so if you are lucky enough to see some just take a photo and leave them alone - do not pick them.

The Subalpine level is between 1500 and 2000m and is where plants such as rhododendron (alpenrose), blueberry (myrtille), juniper and many shrubs grow, as well as coniferous forests containing larch, arolla and mountain pine. Spruce is more likely to be found at lower altitudes.

The lowest level of the park is the Montane level, which lies between 800 to 1500m and is almost entirely outside the central zone. It consists of dense forests of beech and fir trees, which favour the damper warmer conditions of the lower ground. If you are very lucky you may see some Lady’s Slipper nestling amongst the roots of the larger trees. This brightly coloured orchid has been picked almost to extinction and has been a nationally protected species since 1982. Being in the peripheral zone the appearance of the Montane level has been influenced by human interference over the years; the hayfields that have been created by farmers are now a haven for a variety of animals and plants such as the thistle-like Alpine Eryngo and a multitude of small mammals, insects and reptiles. One of the aims of the park is to preserve and nurture these hayfields, as old farming methods are being abandoned to modern techniques and threatening the delicate eco-system that has developed over the years.

The Vanoise National Park stretches across much of the Tarentaise and Maurinenne valleys all the way to the Italian border, where it joins up with the Gran Paradiso National Park. It is in the Savoie department of France in the Rhone Alps region. The park consists of 2 zones; one central and one peripheral. The central zone is highly protected and maintains its impressive population of flora and fauna by imposing strict regulations on all park users. The peripheral zone contains 28 villages, in which the culture and lifestyle of the region is preserved.

A total of 5 nature reserves border the central zone, protecting a variety of eco-systems. They are: Champagny and Grand Sassière in Tignes, Bailletaz in Val d’Isère, Plan de Tueda in Méribel and Haut des Villaroger near to Les Arcs.

The Vanoise National Park was the first of its kind in France. Created on 6th July 1963 it was primarily conceived as a protected zone for the endangered ibex.

The ibex, or bouquetin, population suffered greatly from the 16th century onwards when guns became more widespread for hunting and so under pressure from the French Alpine Club and the Touring Club de France, amongst others, a national reserve was created. There was some disagreement over whether the focus of the park should be more on animals than humans and so two zones were created; the inner zone, a highly protected sanctuary for wildlife and plants, and the peripheral zone, an area where small villages and hamlets could exist alongside nature without fear of losing their culture and way of life to the changes of the modern world.

However, the history of the Vanoise National Park stretches back much further than the 1960’s. Cup shaped niches carved into the rocks as high up as 3000m suggest that the area was inhabited by humans during the Neolithic era. The purpose of these niches remains unknown but archaeologists have found a plethora of other signs of pre-historic communities – carvings of Christian crosses, human figures, animals, tools and so on. One of the most impressive examples of Neolithic civilisation is the Pierre aux Pieds (Rock of Feet), which has been classified as an ancient monument. This enormous piece of schist rock is engraved with 82 small feet, the size of which suggests that they represent women, children or just a race of very small humans. The direction of the feet has led to speculation that the carvings may have been carried out by a race that worshipped the rising sun or prayed to the glacial summits for mercy and protection. There are other examples of past communities to be seen such as the possible medieval Stone of the Saints, the Rock of the Masks and the Stone of the Devil. Indications of passage across the Alps (paves paths, low stone walls, crosses erected at paths, etc) suggest that people have been trying to pass through this region since the Iron Age.

The population of the area continued to grow and communities developed due to the abundance of minerals. During the Bronze Age copper was plentiful, from the 15th century iron was used and in the 17th the discovery of silver bearing lead created new mines. Calcium and gypsum rocks were quarried and were used for building chalets in the alpine pastures.

More recently the park was created just 41 years after the creation of the Gran Paradiso National Park in 1922. As they share a border (the Gran Paradiso lies in the Italian mountains) they were twinned in 1972, making them the largest protected site in Europe measuring a mighty 1250km².