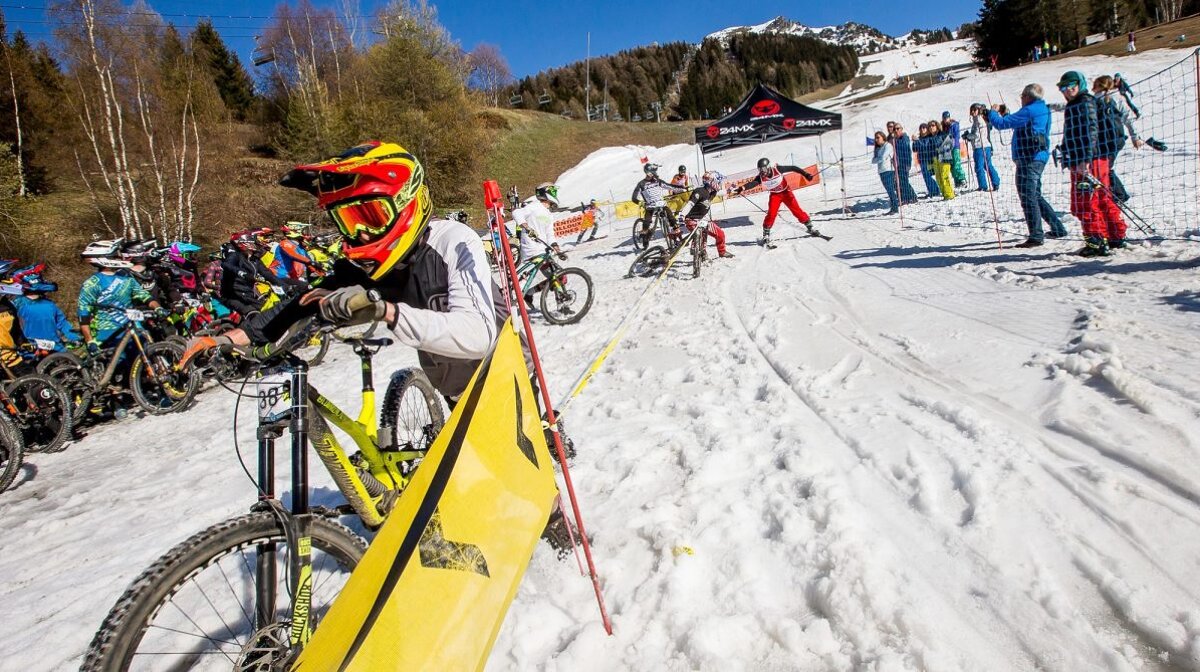 Spring has sprung, the clocks have gone forward, the evenings are longer and the temperatures are rising. It is April in Les Arcs and we still have four weeks of ski time left before we give our snowboards an end-of-season wax and pack away our winter wardrobe. Don't forget your sunscreen!

The Easter holidays bring families back to the valley for a short end of season break in the mountains. The warmer spring days also brings a party-vibe to the town and the sun / snow conditions obviously warrant a longer lunch break on a sunny terrace to top up the tan, and après-ski seemingly starts a little earlier.

To make the most of the longer sunny days we like get out on our touring skis and split-boards, get away from the lifts, and find that last bit of untouched snow.

Read on for a look at what we like to do in resort throughout April.

What are the weather & snow conditions like in Les Arcs in April?

As winter draws to a close for another year, the snow on the lower slopes is usually much heavier by midday. The temperatures rarely dip below freezing, usually falling between a low of -3ºC and a high of 6ºC, plus there's still the chance of snow as April averages eight days snowfall, and therefore a powder day isn't out of the question. 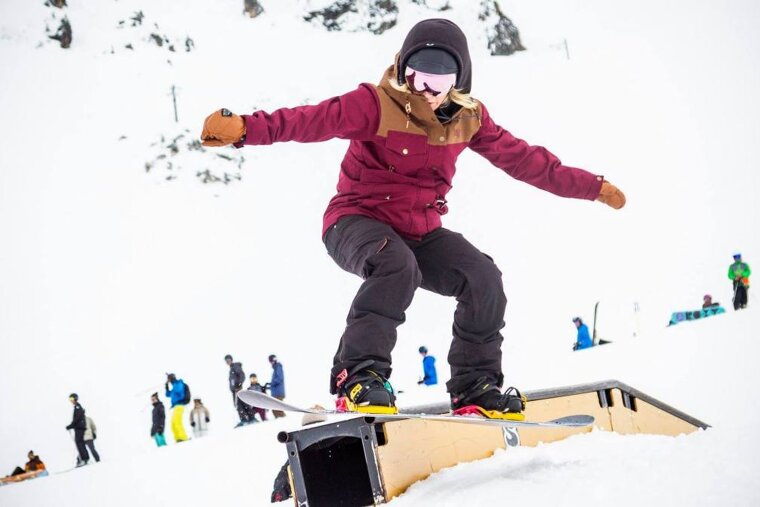 What's on in Les Arcs in April?

Winter Festislack Les Arcs 1600
Facing the Mont Blanc, between the 'Deux Tetes', the best highliners in the world gather for this Slackline Festival - ISA Grand Slam competition. Spectators will be in for an impressive show. As well as slackline performances this event includes lectures, film screenings and all kinds of entertainment and shows around this theme.

Feel Good Village
April is not all about competitions, rushing around and partying. The Feel Good Village at the top of the Col de la Chal can help you introduce a bit of relaxation and mindfulness into your week. Regardless of when you arrive at the Feel Good Village, you will be able to have a refreshing smoothie or a (possibly even more refreshing) massage. Why not treat yourself?

Ski2Bike
If anything sums up spring in Les Arcs, it is the absolutely crazy Ski2Bike competition. Essentially it is a duathlon where the two sports are skiing and mountain-biking. Open to 200 competitors (sign up beforehand), there is a mass start at the top of the Arpette peak. The participants start with a very short sprint, after which they snap on their skis before hurtling down to the Arc 1600 to transition from planks a mountain bike. They then follow an off-road course which descends another 800m down to the finish line in Bourg St Maurice. There are categories for men, women and even a relay option (for those who prefer to share the descent without having to change modes of transport). It is partly insane, partly genius, 100% Les Arcs.

La Montée du Funi des Arcs
Time to get the trainers out and turn our thoughts to summer with this timed trail run, hill climb solo or relay race between Bourg St. Maurice & Arcs 1600.  The positive height gain is 810m, over 6 hours you do the maximum number of laps uphill on foot on a marked walking trail. 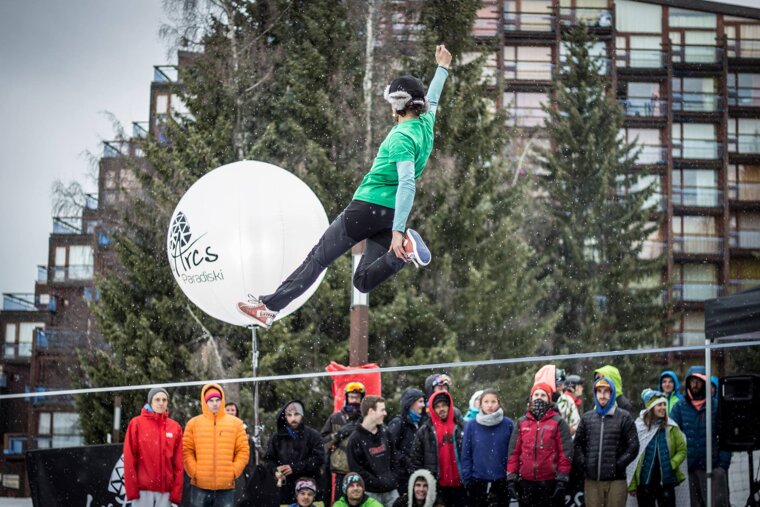 Easter is a popular month for families so the slopes are noticeably busier as soon as the holidays begin. Fortunately, the ski area is so vast, that you can find quiet slopes and minimal lift queues. Here's our insider's top tips for the school holidays: 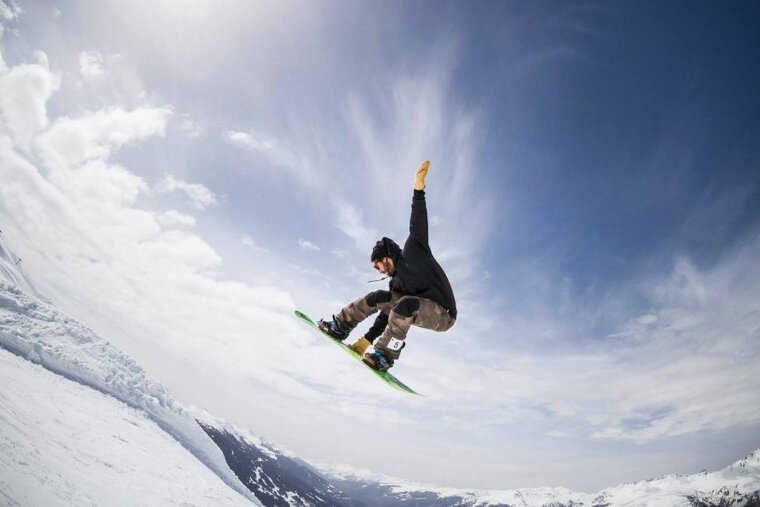 There is still time to enjoy some legendary après-ski parties before the season comes to an end. Since it's opening La Folie Douce has taken the après-ski hotspot crown, but for a more relaxed affair you can always try one of the local bars for some happy hour discounts - and if you're here late enough in the season there are some wild closing parties. 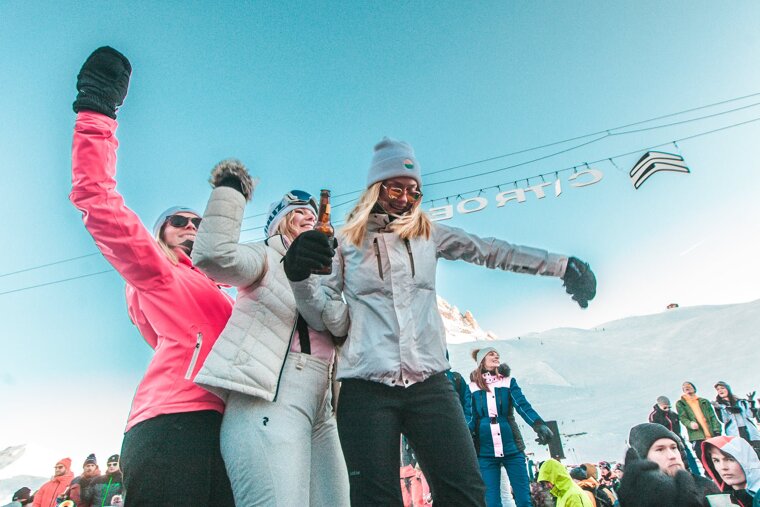 If you're coming to the areas this month or later in the summer, now is the time to start thinking about booking accommodation, how to get here, and some of the many things to do while you're in town.