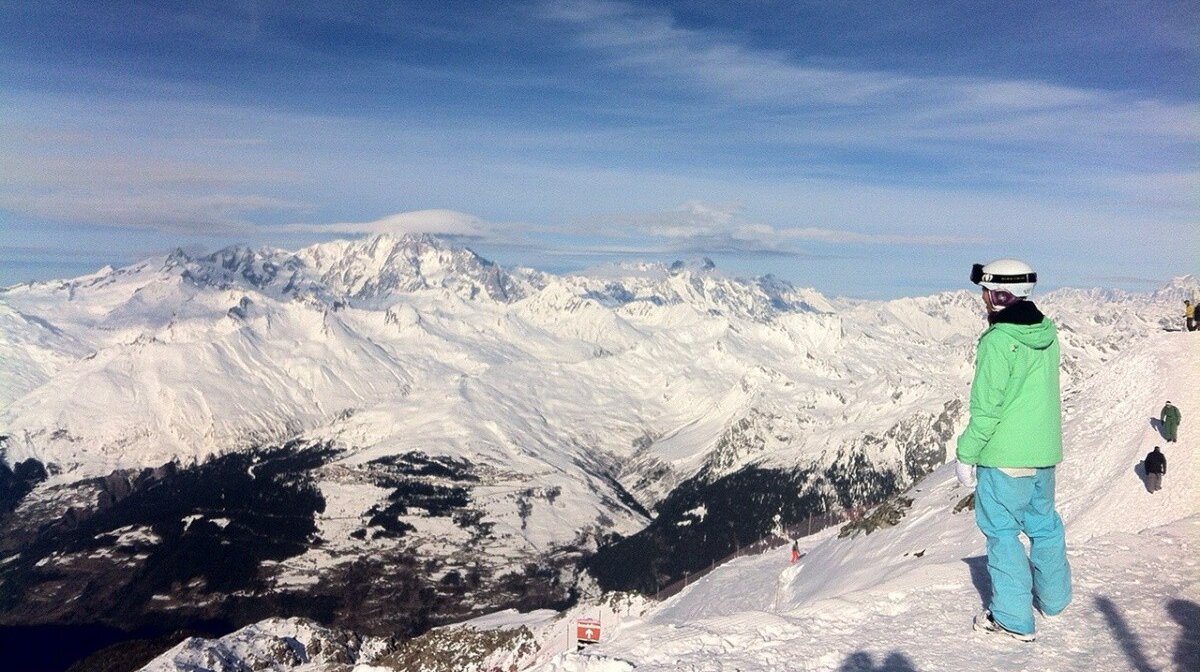 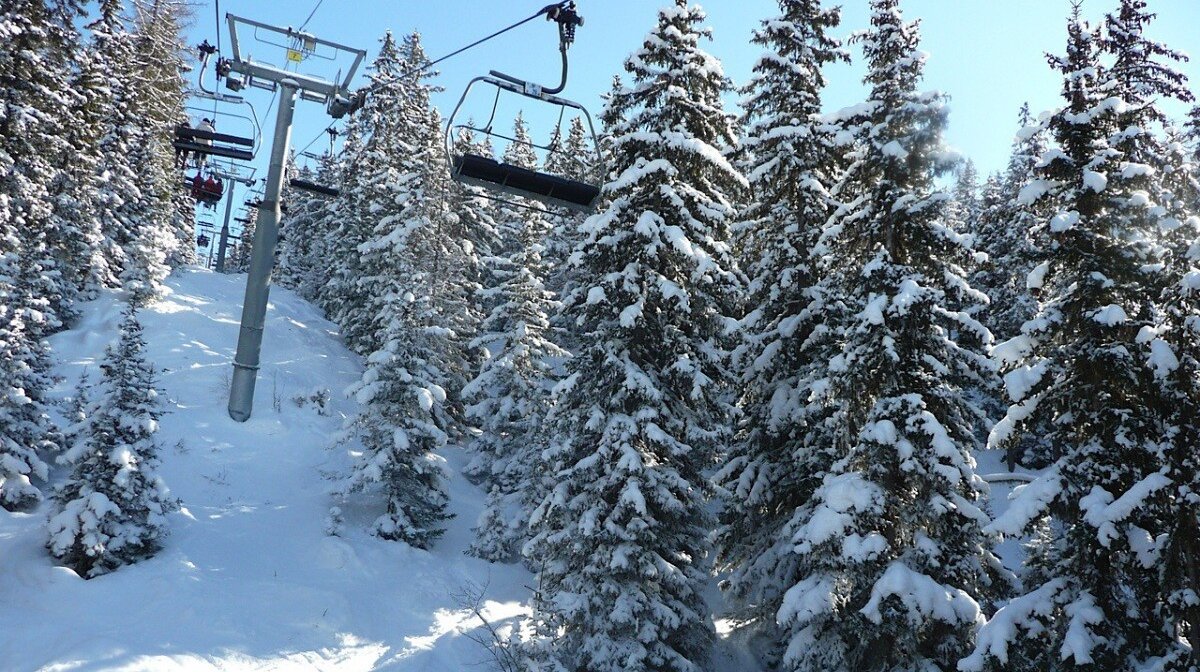 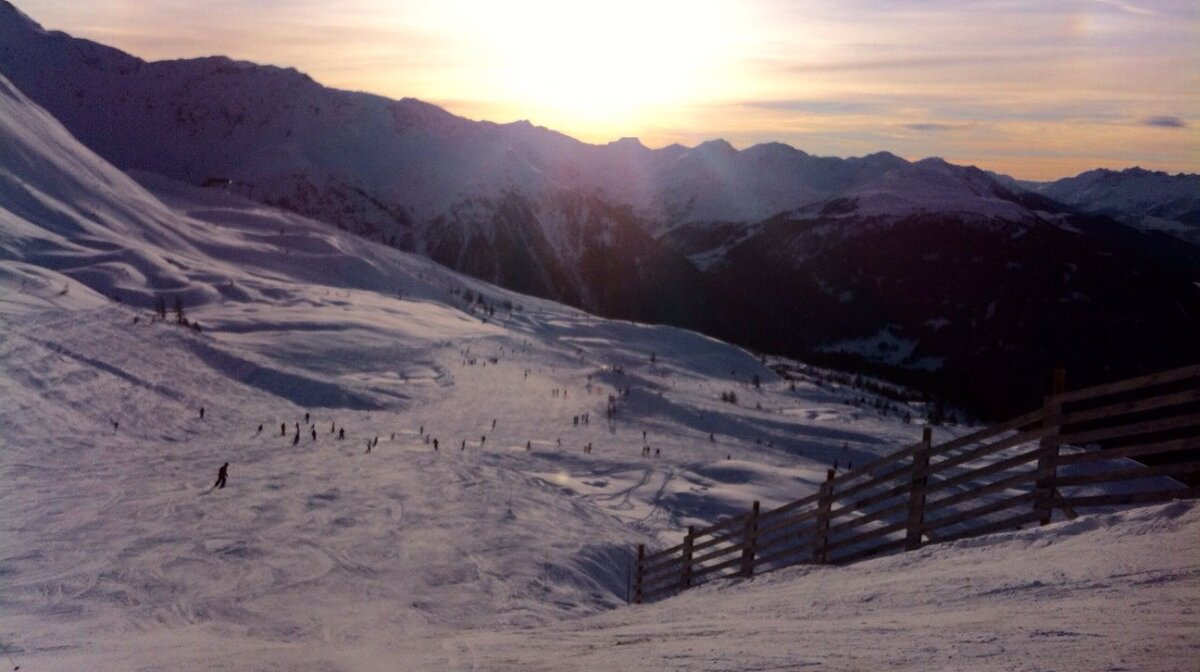 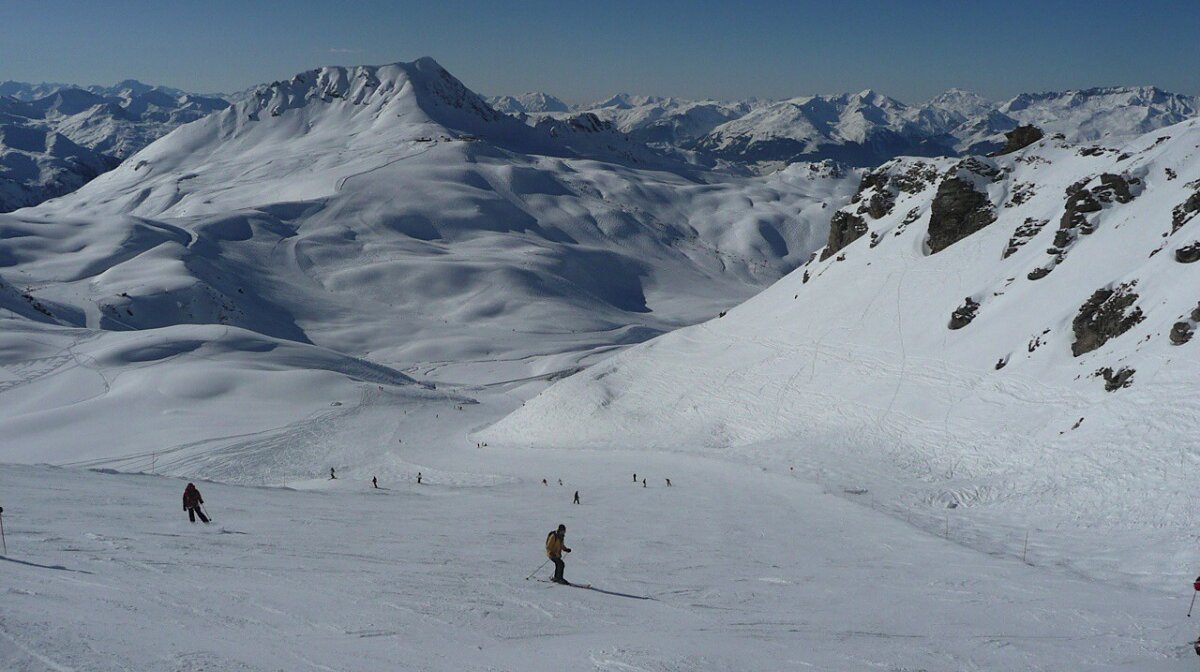 Trying to direct yourself and others around a large ski resort for the first time can be daunting. We've all been there: the map's out, your hands are getting cold, and others in the group, adults and children alike, are hollering, 'can we go nooowww?!' while you frantically decide which little blue or red line would appeal to most of you.

To save you some of the hassle, here are five hand-picked runs that are worth considering, while you figure out the rest of the resort.

The warm up: Mont Blanc (blue)

This cruisy blue, which sits above Arc 1600 is perfect for beginners or those who want to get their ski legs back on confidence-building terrain. It's a gentle slope and wide enough for everybody, so is also great for families with children in tow. It doesn't cross with any other pistes until the bottom, where it joins up with Cachette and heads to the bottom of the Mont Blanc and Cachette lifts, so it would be hard to lose the kids on the way down. Bonus.

For those who like a picturesque tree run, you can't go wrong with Barmont.
Ski this as your last run before a beer or hot chocolate on the huge deck of hotel La Foret just above Vallandry (they usually have a BBQ every Tuesday lunchtime, with glorious views over the valley when the sun's out).
Barmont is also a great option when the cloud comes in, as the trees will help with low visibility. Other runs including Maitaz and Foret cross the path of Barmont, so keep your eyes out for your fellow skiers on busy days.

Well known for being the longest run in resort, at 7km long, this route takes you from the highest peak of Aiguille Rouge (3,226m) to the lowest pitstop at the charming village of Villaroger (1,200m). After taking in some outstanding panoramic views at the top, you'll have to commit to the black run until the top of the Lanchette lift, which is a good lift to catch for those who prefer not to do the black, but who still want to ski to Villaroger. As you head further down the piste narrows slightly, but there will be both blue and red options to choose from until you reach the bottom, where I definitely recommend a lunch stop at La Ferme. Whether you smash this run out in one go, or take it in stages, the views at the top and the food at the bottom will be well worth it.

At the top of the Varet bubble, above Arc 2000, are two group-friendly options for those who are at different skiing abilities. Arandelières has a slightly steep start, but quickly opens up into a long, super wide piste. When the conditions and the snow are good, I would recommend it for confident beginners and confident kids looking to improve, along with advanced skiers who want to pick up some speed or practice their carving turns. If others in the group would prefer a cruisier option, Vallée de L'Arc is the blue track that runs to the side of Arandelières then joins back up with it at the bottom. There's something for everyone here. Together you can then follow Vallée de L'Arc past Arc 1950 and through the picturesque valley down to a pit stop at the popular Pret St. Esprit which has an open fire (great for chilly days) or to grab the Comborciere lift over to the other side of the mountain.

For those who prefer more freedom and fewer piste markers, I suggest heading to Malgovert, via the Comborciere two-seater chairlift. It's one of a few un-pisted pistes in Les Arcs, meaning the terrain is safe enough to be on the map, but the run itself is never groomed. It's a fabulous option for skiers looking for a challenge during their time in resort. Malgovert is a winding run, with trees and boulders to work your way through. If the snow's good it's a lot of fun, especially if there's a group of you who are of a similar ability. Just be prepared for these 'Natur' runs to be shut if the snow isn't deep or stable enough. Stay left, and it'll bring you out at the top of the Mont Blanc run.

So there you have it. Five different runs, something for everyone, and no cold fingers whilst map reading until at least the third day of the holiday. Not long now!

Find your way around with Piste Maps for Les Arcs.

Take a look at this year's Ski Lift Pass Prices and if you're not sure which one to buy, read our Guide for more information.