Les Arcs is really well known for being a great family friendly ski resort, but less so for its nightlife, even though there are plenty of places to go throughout the different villages across the resort.

Whether you’re looking for a bit of après ski, live music, or DJ's spinning tunes until the early hours, it will be happening somewhere, you just need to know where to look. 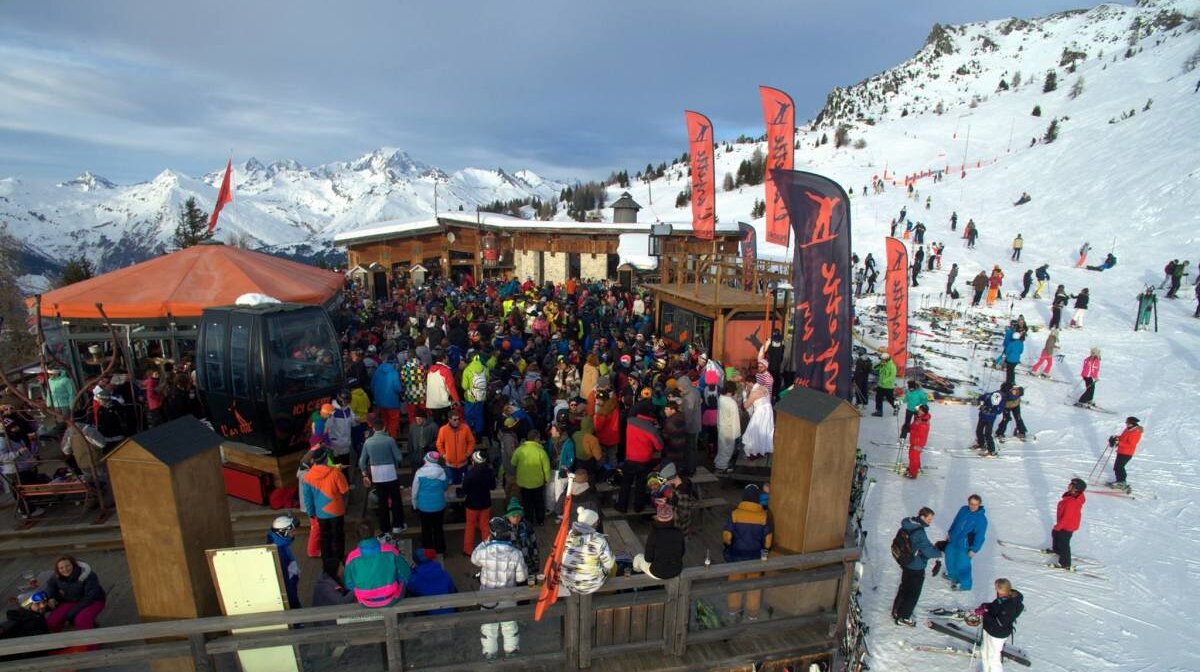 L’Arpette bar and restaurant is a great place to get the après started. Situated on the slopes near the snow park and Arpette lifts, it’s a blue run away from either Arc 1600 or Arc 1800. During the day, it’s a place to stop for lunch but when 3pm rolls around Happy Hour kicks in: beer prices drop, the DJ begins pumping tunes and the tables on the terrace become small, raised dance-floors. If you really want to spend a night on the pistes, book one of their Wednesday soirées where you are fed raclette before totally getting your dance on. At around 9pm, everyone straps their skis/snowboards back on and heads back to the resorts by torch light. A must-do on your trip! 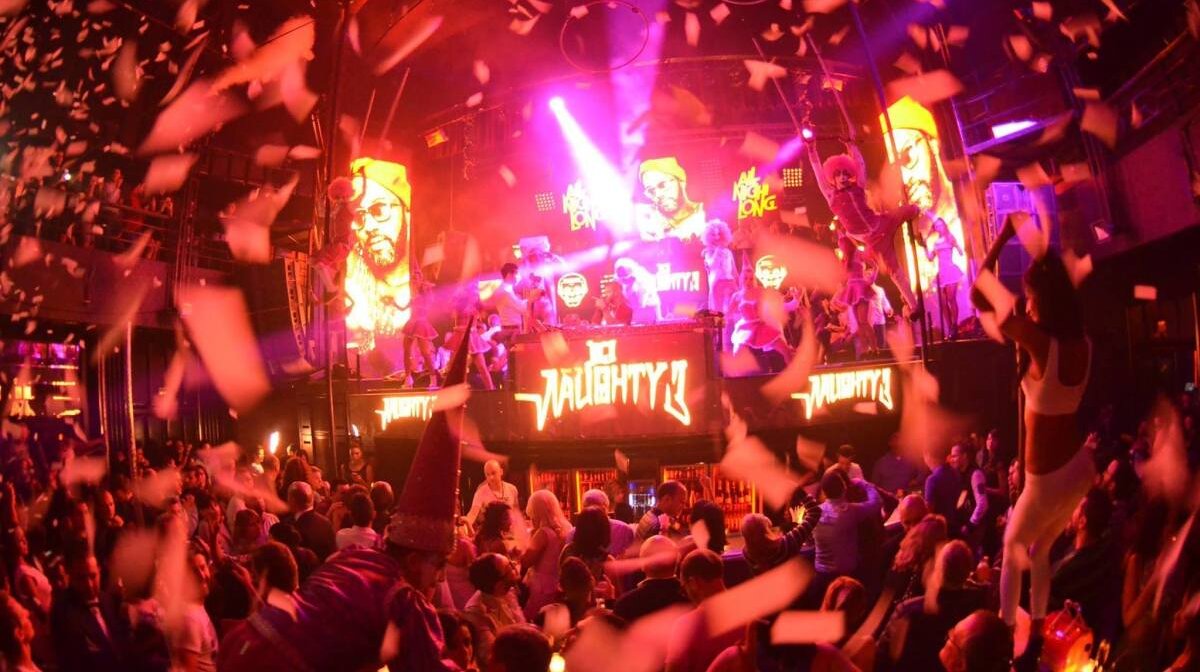 If nightlife is as important to you as snow, then Arc 1800 is the place to be. It has the largest proportion of bars in the area and a few late-night clubs. Revellers staying in other villages tend to head here for a big night out because it’s central and local transport makes it quite accessible.

At the end of a long day on the slopes, head to the Place de Villards where you have an excellent selection of bars providing competitive (and long-lasting) happy hours. Red Hot Saloon is probably the biggest bar in resort, with a good-sized dance floor. They have regular live music throughout the season, persuasive drinks deals and partying happens late into the night. Bar King Mad, in the same square, offers a similar mix of music, live sports and good value, plus they also do arguably the best burgers in resort. Jungle Café is also worth a try, it departs from the usual Alpine style, with a great atmosphere and a good selection of cocktails.

If you're partial to cocktails, head towards the Transarc lift and you will find the L’Ambiente, which is a bit more relaxed and French (although it often gets lively later on). If you still have the strength and are looking for a late night party, there are three nightclubs in Les Arcs where you can party to the early hours: the ever-popular Le J.O in Charvet, the slightly more upmarket (and expensive) Le Carré, and the underground club - Le 73. 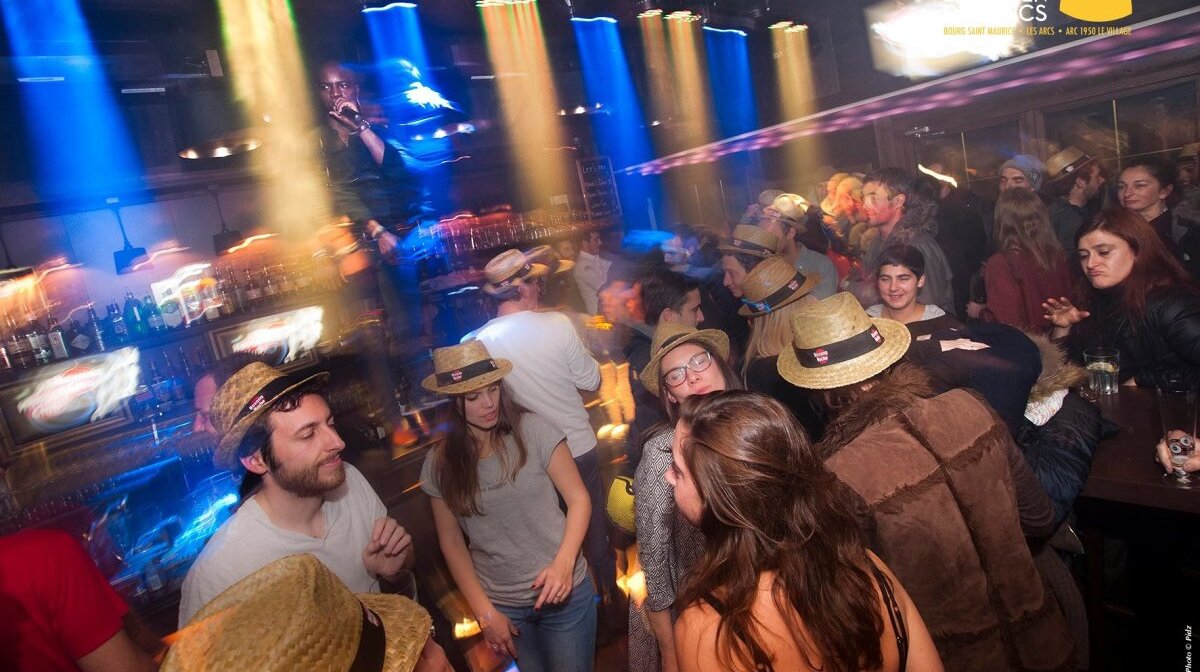 There are a few good options in Arc 1950, and you are always stumbling distance from Arc 2000 (which is downhill on the way home). Les Belles Pintes is an “authentic” Irish pub, and is nice place to have a post-ski beer. However, it’s not the cheapest place in Les Arcs so get there for happy hour, when there’s often some live music to enjoy too.

Another cosy place for Après is George’s Wine bar, which serves a wide variety of wines and beers from around the world. It’s not a late night hang-out, but very relaxed and convivial.

As it gets later head to Chalet De Luigi; the bar is open until 2am, generally lively and has “Club 1950,” replete with dance floor, downstairs. If you want to “throw some shapes” you can also check out O’Chaud Lounge Bar with its contemporary style and rather comprehensive bar. During the ski season they have regular live music, well known DJ's and are generally pumping out electronica until the small hours. 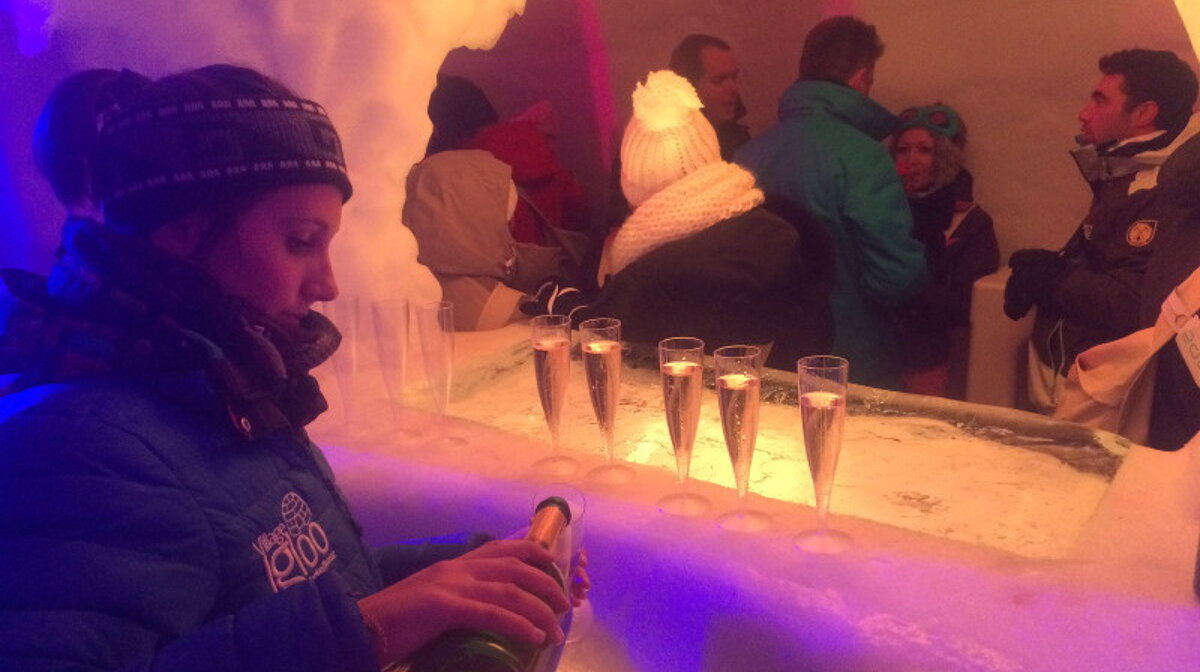 Firstly, for a unique après ski experience, ski down to the Village Igloo near the bottom of the Arcabulle lift. The bar is carved out of ice and adjoins a grotto of ice sculptures. It’s not the cheapest place to go for a drink, but it's unforgettable.

Some of the best bars are situated in Arc 2000 and the best of them is probably El Latino Loco, a restaurant/bar/nightclub on the 5th floor of the Residence Aiguille Rouge. It serves delicious Mexican food in the daytime, and becomes one of Les Arcs’ hottest nightspots after dark, with cocktails, music and dancing until after 4am. Make sure you try the American-themed Red Rock Café, as the food is good (and reasonably-priced) and their Mojitos are awesome. 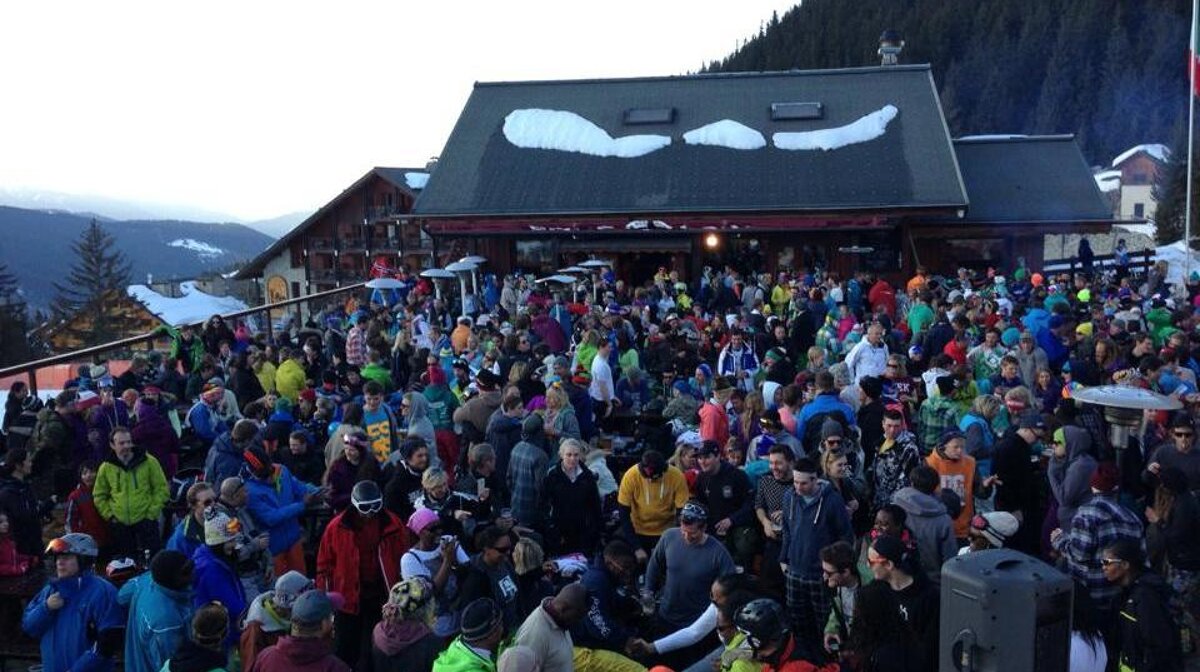 The resort has a number of bar-restaurants which are primarily pretty chilled out. La Vache, at the bottom of the little Parchey lift, is wonderfully welcoming for an après ski cocktail and dinner afterwards. Chez Felix is a small, characteristically French bar with a stunning view, which is good for a sneaky aperitif (or digestif if you have already eaten).

If you want a big night out, the main options are in Vallandry. Down the steps below the Vallandry lift you will find Le Mojo; a stylish cocktail bar which, in typically French style which gets busier as it gets later. Happy hours start after dinnertime here, letting you get showered, spruced up and fed before you enjoy discounted prices on their drinks.

The busiest bar is the Anglo-centric Mont Blanc Bar below the Grizzly lift. They serve crowd-pleasing meals (pizzas, burgers, fajitas) and a good selection of drinks, including Guinness and real ales. As well as screening various sports, they frequently have live music and DJ's. It’s far too easy to pop in for a quick après drink and stagger out eight hours later... 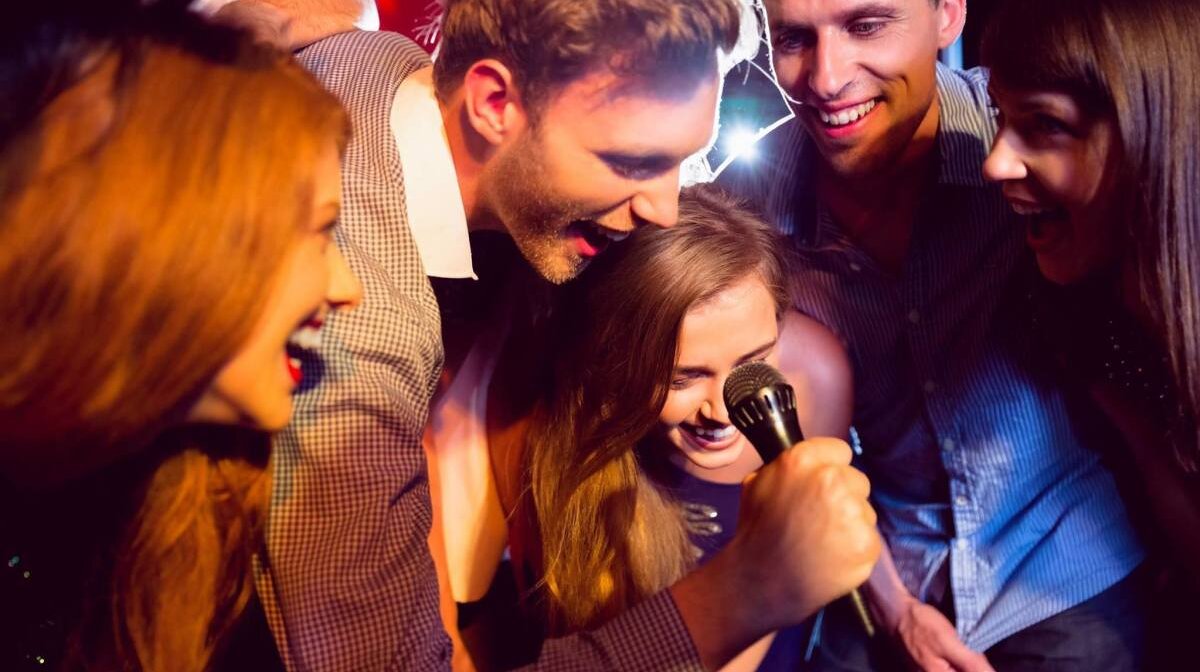 A quieter village than nearby Arc 1800, there are still a couple of bars for a relaxed redemptive beverage after you have finished on the pistes. Panoramic bar, towards the funicular is good for a beer and even better for food. If you have a surfeit of class, drop into the minimalist 'Champagne by Bulles' which serves champagne (obviously) by the glass or bottle, depending on how celebratory you are feeling. Prices are actually fairly reasonable.

If you are staying out late, you might end up in the Arqiv’Pâ Café. It has happy hours between 5pm and 7pm, and is open until 2am for drinking, dancing and revelry. Nearby the Abreuvoir bar regularly has live music, plays endless, hypnotic videos of epic skiing and even has karaoke nights! 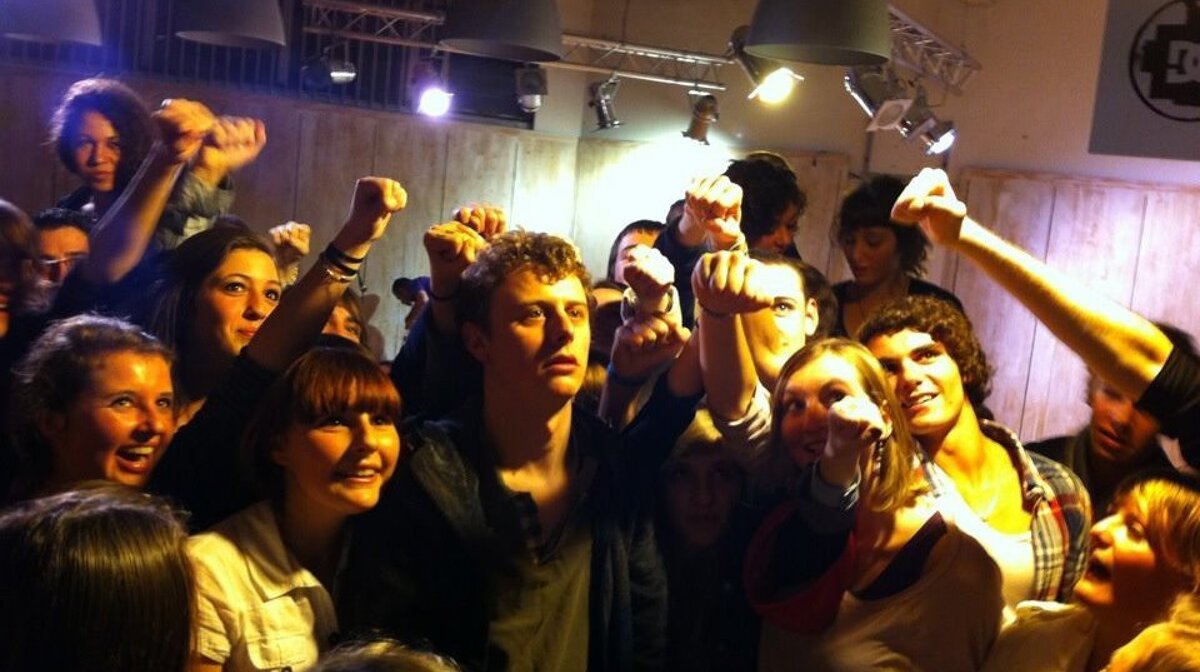 Villaroger is very quiet at night time. Head to La Ferme for a refreshing beer at the end of the day, but don’t expect a crazy night on the tiles.. 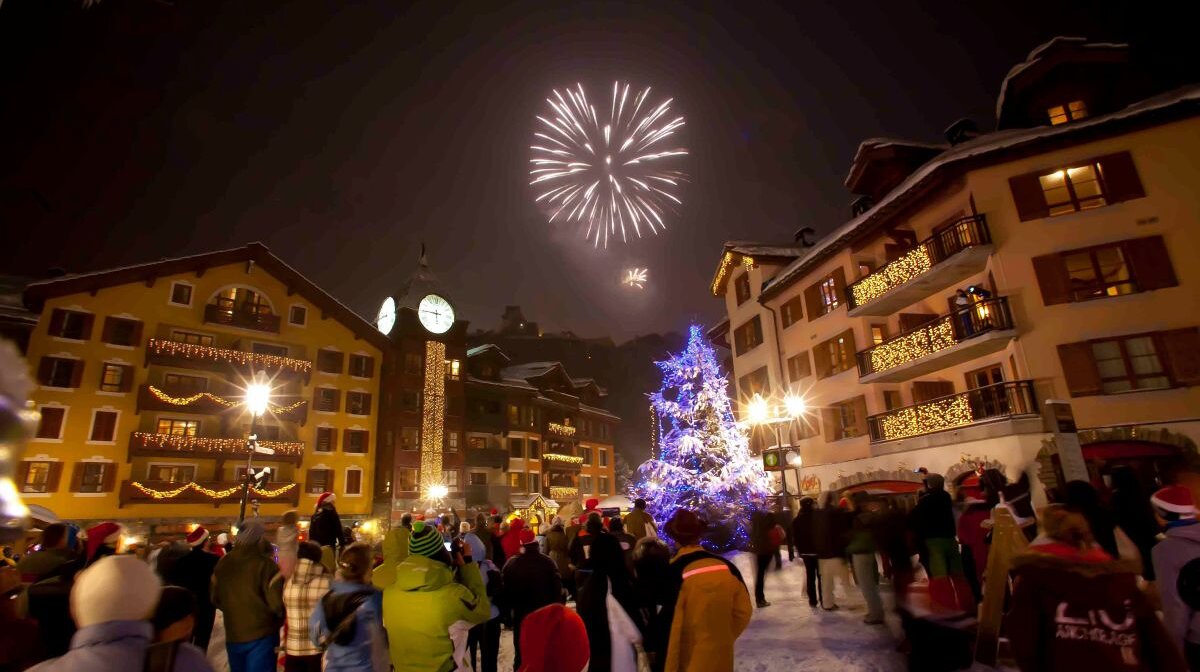 Throughout the season there are many regular, as well as one-off, events through Les Arcs: from the New Year’s Eve DJ’s Party, complete with firework display, in Arc 1950 to the free concerts of the Spring Final.

Keep up-to-date with what’s on in Les Arcs, as things are announced, by checking out our events calendar.