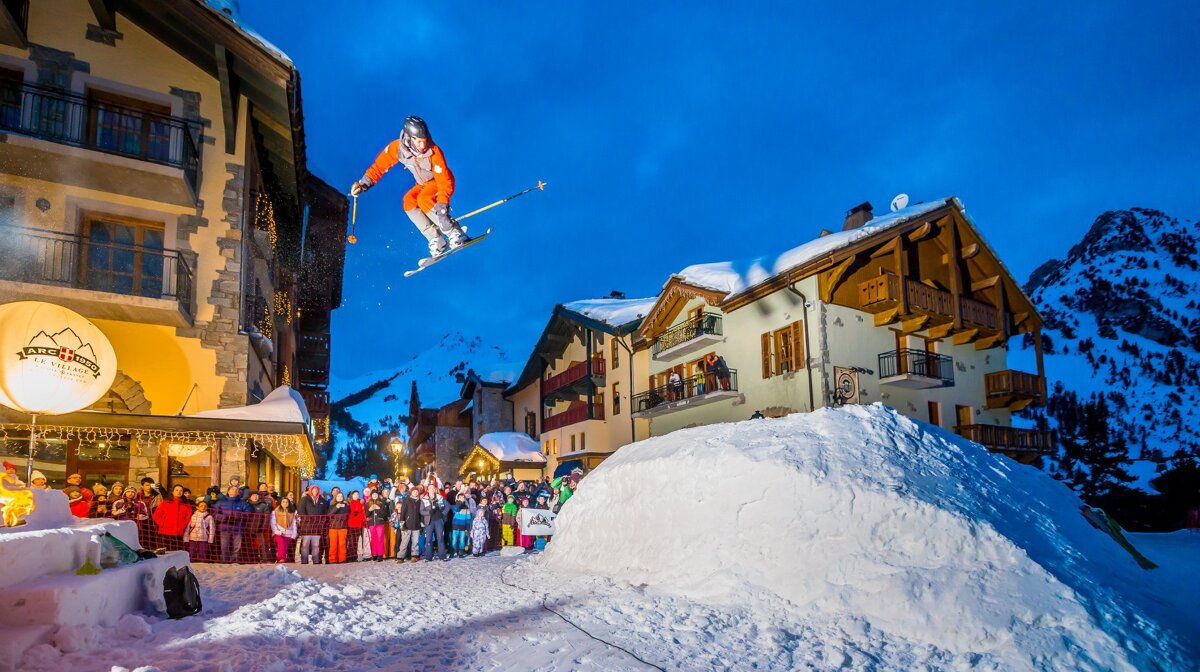 Magical March is here. As we put the madness of the half-term holidays behind us, a chilled party vibe settles on the town. We enjoy longer, warmer days with some great skiing and long lazy lunches in the sunshine.

With fewer families around, you also tend to find far fewer ski schools on the hill which, of course, also means an end to those long, snaking trails of beginners making their way down. It also makes for much quieter lift lines. So, all in all, an ideal month to visit to make the most of the near-perfect conditions.

Read on for a look at what we like to get up to when spring arrives in town.

What's the weather like in Les Arcs in March?

March typically has regular dumps of fresh powder - on average 11 days - and temperatures still dip below freezing at night to freshen it up. In March the average daytime temperatures generally fall between a high of 1°C and a low of -8ºC, getting around six hours of sunshine. March can feel completely different from one day to the next, with deep-winter snowstorms quickly transitioning to hot and sunny spring conditions. And when the sun breaks through the clouds it genuinely feels like spring, so one should always pack sunscreen for your face and any other parts of your body you might expose on the piste (or when reclining in a bar-side deckchair). 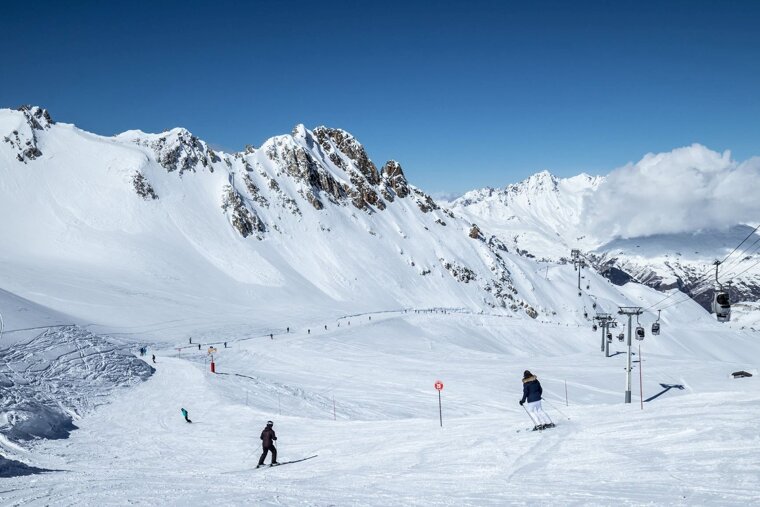 What's on in Les Arcs in March?

St. Patrick’s Day
March might be considered the party month here in Les Arcs. Longer days and warmer weather make for better après ski, while more adults and fewer children mean bigger nights in the bars. Of course, one of the biggest parties of the season is on 17th March. For St. Patrick’s Day, even the beer turns green as the bars try to outdo each other with Irish themed nights. Expect promotions on Irish drinks, fancy dress and lots of live renditions of the Irish Rover.

La Belle Aventure (Arc 1800)
La Belle Aventure Les Arcs is a free, open-invitation, ski-touring event. This is a chance to climb (and ski) by torchlight on the pistes of Arc 1800. The aim is not competition but conviviality; a fact highlighted by the predetermined ‘rest’ stop (for an hour or two) at the Arpette restaurant/bar, before skiing back down.

Electronic Peak Festival
The Electronic Peak Festival hits the bars, clubs and slopes of Les Arcs mid-month. Showcasing over 20 different acts it is a rolling five-day party with seemingly endless live DJs hell-bent on keeping you dancing. It all starts with an intimate ‘secret party’ (limited to 350 people) at an undisclosed location in Arc 1800, followed by days and nights of disco, house, techno, hip hop, rock and absolutely everything in-between being played in slope-side bars, village cafés, resort nightclubs and literally everywhere... The festival culminates in a banging late-night warehouse party with doors opening at 18:30 and music until at least 03:00! Most gigs are free.

European Gay Ski Week
The partying continues as European Gay Ski Week arrives. Billed as the only LGBTQ+ winter sports festival, EGSW is a comprehensively full week of events that run all day and all night. Highlights include (but are not limited to) a welcome party, pool parties, daily cabaret, club nights, after-hours partying (post 05:00 in the morning!), fondue dinner, raclette night, mountain lunches, headliner DJs, with plenty more on the agenda. It is a guaranteed contender for ‘most fun week of the season.’

Star Trail
Whilst some people are preparing to get their warehouse rave on, other (perhaps crazier) individuals will be setting out on the Star Trail. This is not a euphoric musical journey of self-discovery but an arduous and intense uphill journey over an 11km course. The Star Trail is a foot race held on the snowy slopes and features 710 metres of climbing. Oh, and you do it in the dark, with a head-torch on. Still interested? Well, the bravest and fittest amongst us are invited to sign up, with prize-money of €300 for both the top male and female runners, it could be an investment...

Check out our events calendar for more information on what's on in resort during March. 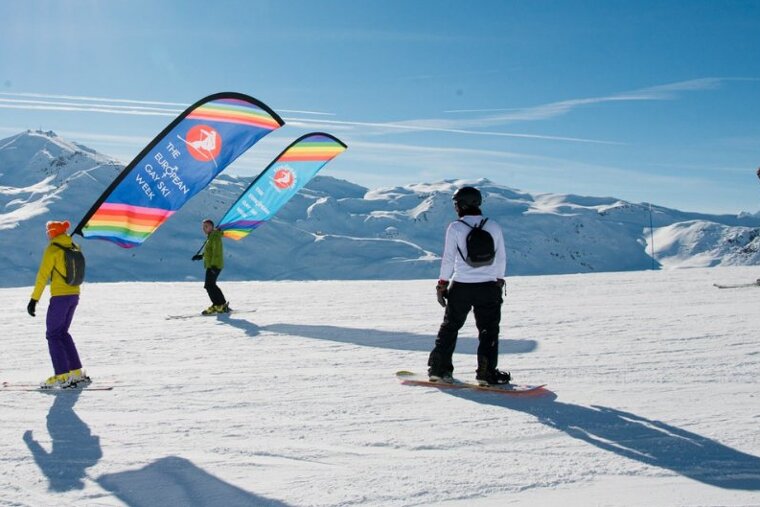 Lessons
Now is a great time to take a private lesson or join a group ski or snowboard lesson, with the quieter slopes there's less queues and the softening snow makes for a much kinder landing. 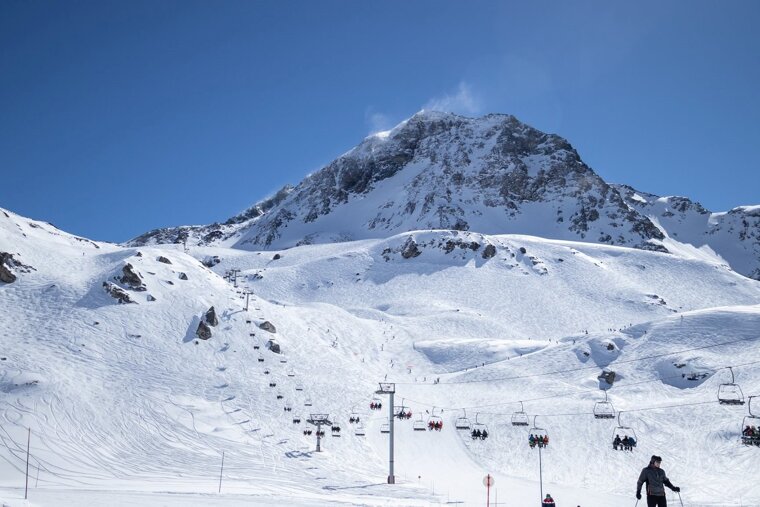 Alternative Winter Sports
It doesn't just have to be piste based adventures you take part in. Ski-touring and split-boarding have become extremely popular in recent years, and there's nothing that gets the heart pumping like gaining altitude under your own steam. When it's a 'white out' you'll find us changing tack entirely, pulling on some raquettes (snowshoes) and venturing forth into the wilderness on one of the many snowshoeing routes around the valley, all the while dreaming of tomorrow's bluebird powder day.

The Electric Scooter
Try out some TROTR'X all-terrain electric scooters - the new fun, green activity. Supervised by a qualified guide, all equipment is provided, you'll bring the laughs and good humour as the resort of Les Arcs becomes your playground. You must be aged over 14 to take part. Contact the tourist office for more information. 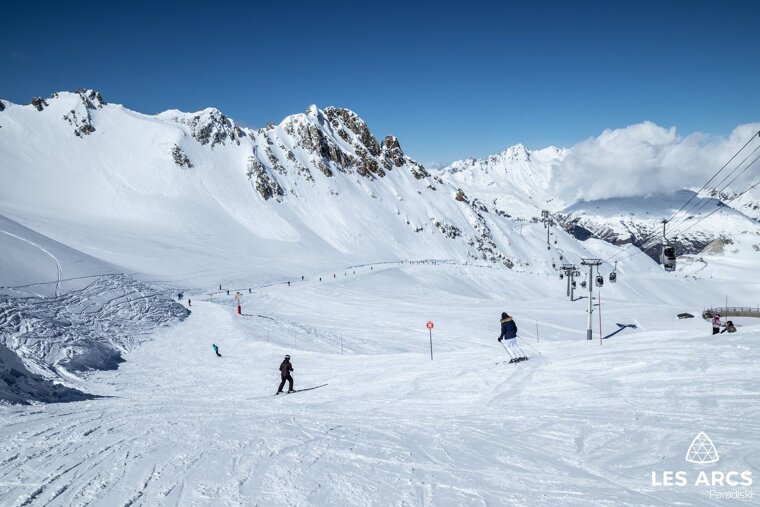 When the lifts close for the day hundreds of skiers / revellers head down the slopes to find an après-ski party, and Les Arcs has a variety of bars happily welcoming you with live DJs, live music and acoustic sets, aerial performances and much more.

One thing's for sure, you won't have far to stumble in your ski boots to find a jug of beer and some good snacks before you head home for dinner...or not! It's much easier to get a last-minute table for dinner now the school holiday crowds aren't here. 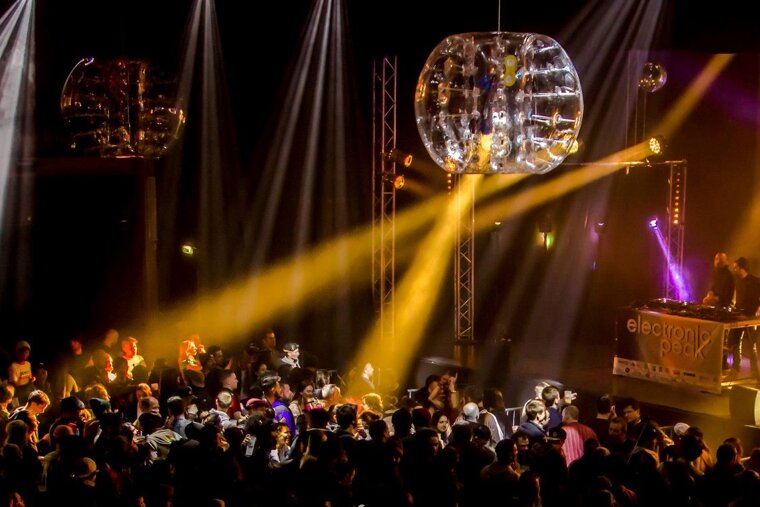 There are always regular local events happening throughout the Les Arcs resorts, with welcome drinks a usual feature of the villages’ snow fronts on a Sunday evening. You can make early “first tracks” before the lifts open, go cross-country ski joëring pulled by a horse, play laser games, compete in a parallel slalom race, have a snowball fight or do a little night skiing. Check out our events calendar for more ideas.