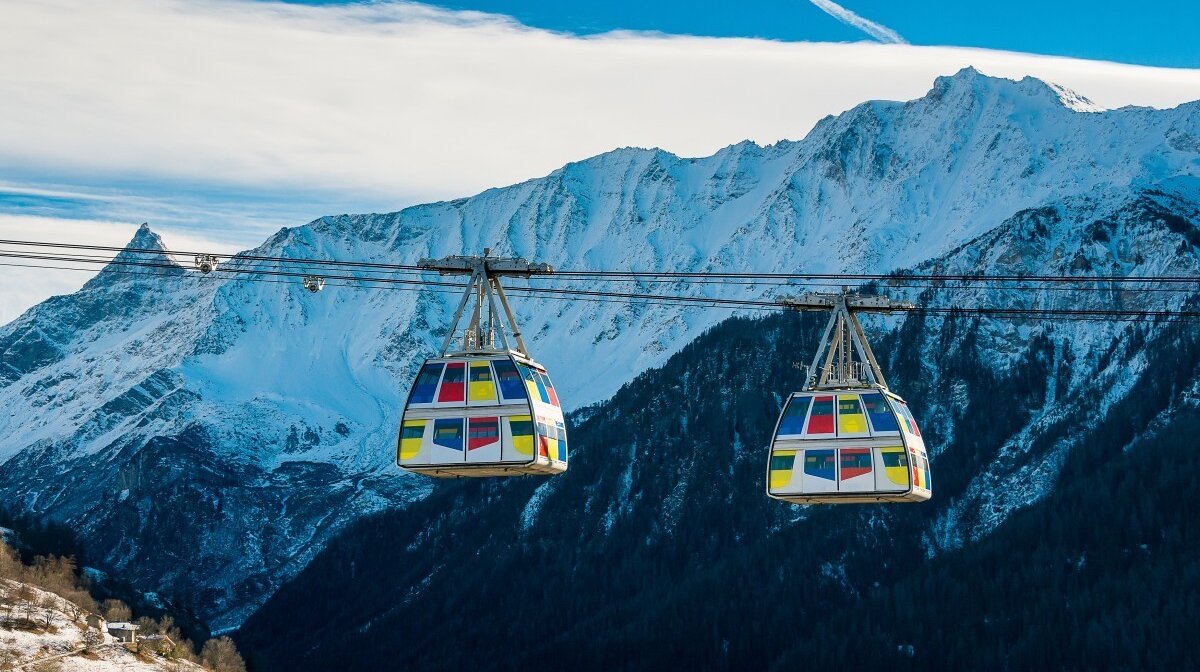 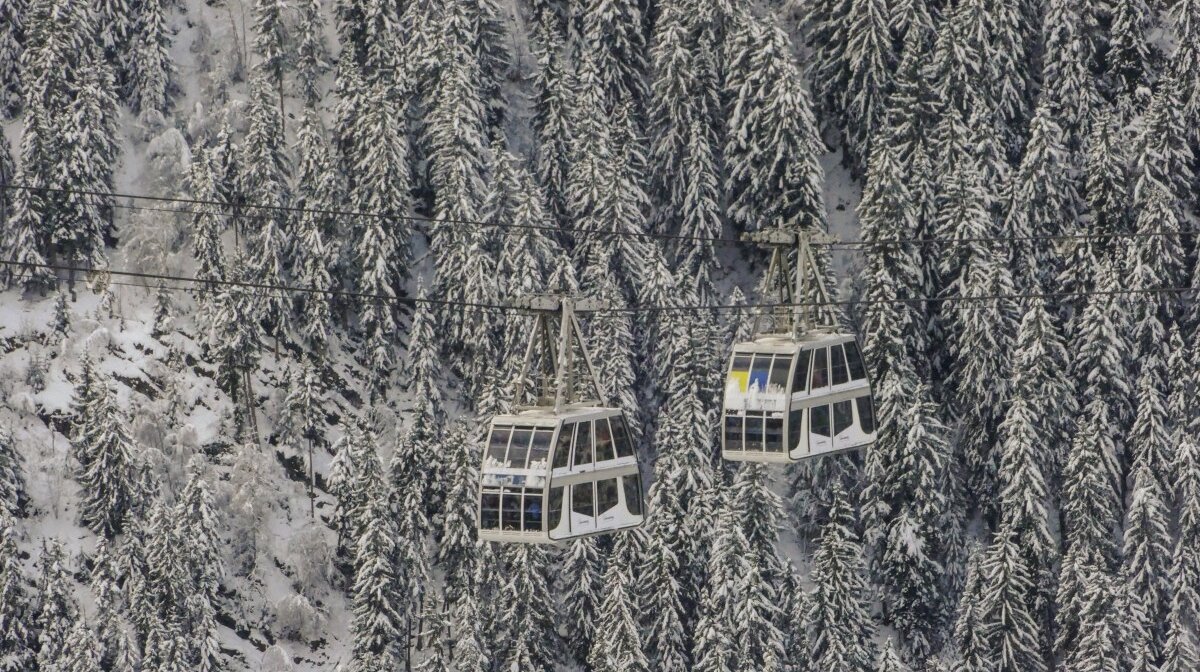 The Vanoise Express is the “one of a kind” cable car that links the ski areas of Les Arcs and La Plagne. Opened in 2003, the lift can carry 2000 people per hour in its 2 huge double-decker cable cars. Travelling at a speed of 12.5 km/h, it only takes 4 minutes to span the 2kms between Plan Peisey (1612m) and Les Coches (1548m) and when it first opened, it was the biggest, longest and fastest cable car in the world!*

The final design of the lift was created from a set of demanding specifications that aimed to maximise capacity whilst causing the least impact on the surrounding environment. The designers, POMA, and the investors, SELALP (Societe d’Exploitation de la liaison Les Arcs La Plagne), opted for a link with no interim towers; stretching in a single span from one station to the other and therefore minimising the areas that required development. By using double-decker cabins, their volume is significantly reduced which consequently limits their impact on the natural surroundings. The aesthetics of the lift stations were also taken into consideration by POMA, and their resulting streamlined shape and larch cladded exteriors blend in well with the local surroundings.

Each car can hold a maximum of 200 people (over two levels) and they run independently of each other on two separate cables. This means that in the event of a technical hitch on one side, service can continue as normal on the other. The aerodynamic shape of the cabins and their dual-cable technology also ensures that they have good wind stability for a more comfortable journey. Customer surveys conducted at the end of its first winter revealed that, of the 400000 skiers that had used the lift, over 95% of them were delighted with the service provided, comfort and above all the views of the new installation.

In the summer, hikers, bikers and sightseers still flock to use the cable car; if only to enjoy the spectacular views of the surrounding peaks or down into the Ponthurin valley, 380m below.

Costing €15 million, the Vanoise Express is the largest aerial lift of its kind ever built.

* The record-breaking Vanoise Express has since been beaten by the “3S” gondola that connects Kitzbühel/Pengelstein and Jochberg/Resterhöhe in Austria when it opened a year later for winter 2004/2005. This lift has a span of about 2,500m between towers and crosses up to 400m above the Saukasergraben valley. However, the Canadian resort of Whistler is opening a new gondola in December 2008, linking Whistler and Blackcombe mountains that will surpass both in terms of distance between towers (3.024km) and height above the valley floor (415m). Trust the North Americans to be the biggest!